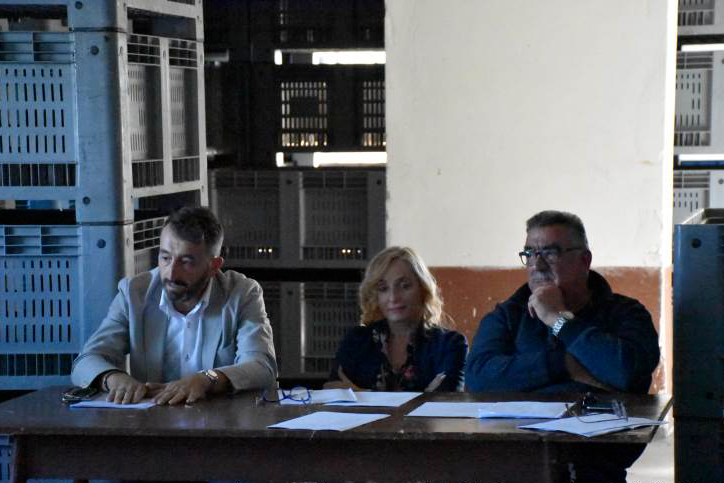 The Cooperative Colle del Marchese has recently completed the renovation of its oil mill that is ready for the new milling season.

On Saturday afternoon, the members attended the assembly. Then, they visited the new crusher and the new kneading group. The new President, Giuseppe Bibiani, talked about the new plant and the asset overall, owned by the Cooperative, a part of which is still not adapt due to the earthquake. With that regard, the Cooperative Board is a lot working at a project aimed at getting funds for the renovation, as explained by the Vice President, Umbro Conti.

The Cooperative members pay great attention to the issue of DOP certification for the oil produced by the Cooperative. That is the only way for the small mills according to the President of the OPOO Association, Giuseppe Natale.

The President of the CIA Umbria, Domenico Brugnoni, brought the greetings of the Confederation and talked about the Cooperative Colle del Marchese as a virtuous example of agricultural partnership among people who share a common interest.

Finally, the President, Giuseppe Bibiani, explained the “milling fee” corresponding to €15/quintal for the olives: a true low cost aimed at attracting many former Cooperative members who have turned elsewhere in last years.

The meeting has also been the opportunity to debate the decreasing trend of the season because of the hot summer that literally “burned” the flowers on the olive trees. The Colle del Marchese area seems to have been many olive trees.